Jack oversees the inclusion and diversity initiatives of more than ten different countries as the EMEA lead of EMPOWERED, Oliver Wyman’s racial and ethnic diversity network.

In addition to continually role modelling and advocating for diverse colleagues, Jack has presented to over 1,000 Oliver Wyman employees at a ‘Being Black in 2020’ conference and has spoken on inclusion to 120 CEOs and executives.

As Senior Research Specialist, earlier this year Jack was also involved in developing the governance and oversight capabilities of the UK's digital identity market. His work will contribute towards increasing financial inclusion among the 1.3 million unbanked people in the UK and reducing financial crime.

My grandparents were from Jamaica and Guyana, they arrived in the UK as part of the Windrush generation. Both charismatic, eccentric, and ambitious people, they were extremely aspirational about the power of education, a trait that has since been passed to my dad and myself.

In his spare time, Jack runs music events company and record label Banana Hill, hosting music events and performing in more than ten countries. Jack is also an independent visitor for a young person in the care system through the children’s charity, Barnardo’s. 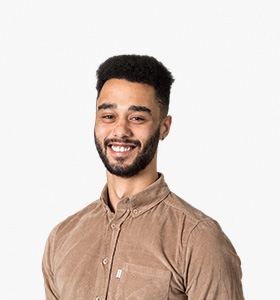