This is the second year running that Rebecca Emerson, a partner in our London office, has featured.

The ‘OUTstanding 50 Ally Executives List acknowledges the contribution of 50 senior executives who are outspoken and unwavering in their support for LGBT+ people in the workplace.

At Oliver Wyman, Rebecca acts as a role model for LGBT+ inclusion in her language and actions. From attending and speaking at Pride events to sharing her knowledge with the Partner group, Rebecca constantly ensures that she is a visible supporter and advocate for the LGBT+ community.

Rebecca has spearheaded a number of activities which have led to an improvement in the firm’s position in the Stonewall Workplace Equality Index. These include linking the LGBT+ network with HR, updating people-policies with inclusive language, and updating documents and communications toolkits to be gender neutral. She has also lent her voice to communicating significant dates and topics such as World AIDS Day and National Coming Out Day.

Across everything she does, Rebecca strives to use her privilege to be an active and visible ally, allowing all colleagues to thrive regardless of their sexual orientation and gender identity.

We’re delighted to be celebrating another fantastic group of people from across the globe who are collectively driving cultural change and creating workplaces where everyone can succeed. LGBT+ discrimination is still prevalent in a lot of the world’s biggest economies but highlighting the work of successful role models changes people’s perceptions.

Rebecca has additionally been named a Top 10 Corporate Ally in the 2019 British LGBT+ awards and was the 2018 recipient of the ‘Pink Panther’ award for Europe – an internal award issued by our LGBT+ network recognizing outstanding contributions to the network.

Find out more about the OUTstanding LGBT+ awards here. 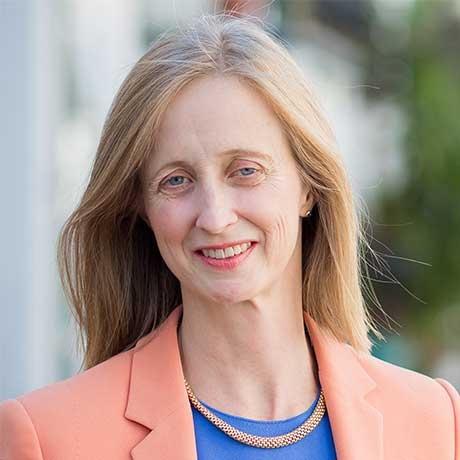