Rupal Kantaria is a co-founder of MissionINCLUDE, a cross company ecosystem driving innovative, tangible solutions to inclusion in the workplace. Rupal orchestrates and shapes the programme, which provides mentorship to over a hundred high-potential leaders and future-leaders across the UK, develops mentors, and for participating firms shares best practice and strategies that drive inclusion.

She is also Strategic Advisor to our Social Impact programme, working in particular on creating positive changes for the lives and prospects of women and girls. A prominent speaker and advocate on diversity and inclusion topics, Rupal has also been a leader of Oliver Wyman’s women’s network, WOW, and is a trustee, befriender, and long term supporter of national child bereavement charity The Lullaby Trust.

I’m privileged in many ways – not least to be working at place like Oliver Wyman which has always given me equal opportunities to succeed and thrive. I want to extend this privilege through MissionINCLUDE and help other companies improve their workplace cultures by helping colleagues understand and empathise with each other and change the way they think, feel, and act.

Future Leaders are high performing and high potential individuals, but can be at various levels in their careers. All of the 2018 leading ethnic minority role models were nominated by peers and colleagues. Nominations were then reviewed by EMpower’s judging panel, consisting of CEOs and journalists. Each person was scored on the influence of their role, their impact on ethnic minority inclusion inside and outside the workplace and their business achievements.

I hope being part of this list will show that leaders do not come in any specific shape, gender, sexuality, colour, or criteria. Leadership at every level or organisations and society can and should be diverse.

EMpower is a professional membership organisation, helping corporate members drive greater Ethnic Minority inclusion at all levels of their organisations. Founded in 2017, it provides powerful network connections, helping businesses create diverse and representative workplace environments where everyone can succeed.

Through these lists we hope to encourage individuals and businesses to stand up and work together to drive change in our society and workplaces - doing so will inspire the diverse leaders of tomorrow.

Discover more about the The EMpower 50 Ethnic Minority Future Leaders List, presented by the FT, here. 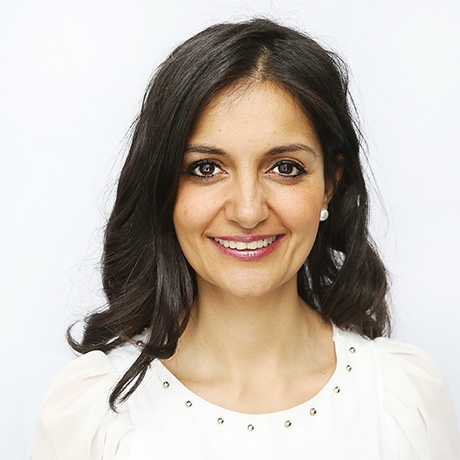