The Next Innovation Superpower

Once a notorious imitator of Western design and technology, China is now on course to become a superpower in innovation.

Once a notorious imitator of Western design and technology, China is now on course to become a superpower in innovation. The crucial role played by Chinese startups in this transformation merits a closer look.
The predominant view from outside is that China’s business and economic growth is mainly fueled by copying innovations from other countries. This belief reflects a history of disputes concerning alleged intellectual property infringements by Chinese companies. It is also at the crux of the ongoing trade negotiations with the US. Such copycats receive a lot of attention, but they are not entirely representative of Chinese innovators. Beyond borrowing concepts and ideas, Chinese firms have also been successful in incremental innovations that stand on their own merit. And more and more, they are making strides in genuinely disruptive innovations.
The numbers support the idea of China as an emerging player in new technology. China is now a global leader in patent applications and grants. In the year 2017, China’s patent applications were equal to the combined sum of applications in the US, Japan and the top five nations in the European Union. This technological surge has been reinforced by a strategic decision to invest heavily in research and development. Between 2000 and 2016, Chinese R&D investment grew at an average of 18% annually, compared to compound annual growth rates of 4% in the US and 5% in the EU. Consequently, it is only second to the US in gross domestic R&D expenditure and is quickly catching up. In addition, there is a growing number of top universities based in China.

Once a notorious imitator of Western design and technology, China is now on course to become a superpower in innovation. The crucial role played by Chinese startups in this transformation merits a closer look.

A few decisive factors have driven China’s development in innovation. The most influential, perhaps, is the government’s leadership and policymaking emphasizing strategic direction and support. The ‘Made in China 2025’ initiative highlighted ten strategically critical sectors that would be revamped to transform the nation into an international leader in innovation by the end of the next decade.
The policy aims to replicate the success seen in the solar panel industry where China has become the largest global producer, and civilian drone production, whose global market is dominated by firms like Shenzhen-based Dajiang Innovations (DJI), among others. Similarly, China intends to build a national innovation center for high-speed rail in Qingdao and is actively exploring the trackless tram, a cross between a bus and a streetcar that runs on rubber tires. Autonomous versions of high-speed rail have also been undergoing testing for the last two years.
While Chinese firms have been proactively exploiting the favorable conditions created by the government’s policies, the regulatory support dovetails with the local market size. Addressing
one of the fastest-growing middle class populations in the world offers Chinese firms scale efficiencies and cost savings from high levels of production without selling overseas. This has enabled them to build up extensive domestic manufacturing ecosystems.
It has not only helped them in more traditional applications like consumer appliances, but also in achieving rapid growth entering sectors like semiconductors, supercomputers, e-bikes and new energy vehicles.
Over time, the Chinese firms have been pushed further to innovate, thanks to domestic competition, cost increases and market saturation. A spirit of bold experimentation and deep customercentricity accompanies the impetus provided by these external triggers. Consumer electronics and home appliances company Haier’s rendanheyi management model is a well-established example of such an approach.

In addition to domestic institutions, universities and firms, entrepreneurship and a vibrant startup scene have equally been responsible for China’s overall growth in innovation. On many fronts, Silicon Valley and other tech hubs in the US and Europe are evenly matched, or even trailing, the imaginativeness and technical prowess of Chinese startups. In fact, representing 40% of the global total, China was home to 149 unicorns in 2018, compared to 146 in the US. Of the top 100 unicorn valuations globally, 31 of them were Chinese.
Many of China’s startups are a part of the digital economy. Being more flexible and agile compared to large corporations enables them to address the inefficiencies and gaps in the current value chain, as well as in the fast-moving adoption of new technologies.
As a result, many innovative startups build on their competitive capabilities in software, data processing and artificial intelligence. They apply these strengths to address extant issues in other sectors—be it health care and medicine, education, entertainment, retail, or mobility solutions. Simultaneously, China’s tech giants (Baidu, Alibaba, and Tencent) are actively funding and investing in these startups, as well as building up similar capabilities in-house.
In addition to government policy and the startup scene’s capability in emerging, high-demand technology, the Chinese population and their appetite for new technology and solutions is a major driver in innovation. The rapid growth in ride hailing, for example, can be partially attributed to a significant number of people seeking to supplement their income by driving. Similarly, a recent survey on mobility conducted by Oliver Wyman showed 33% of respondents from China said they were ‘very likely’ to switch from public transport to autonomous vehicles when they become available, compared to only 13% from the US and 12% from Germany. Another 50% of Chinese respondents said they were ‘likely’ to switch.
Five factors are evident in the success of innovative Chinese startups. First, they take a strongly customer-centric approach with a clear-cut value proposition. Secondly, they partner and collaborate with established players happy to outsource where necessary. Thirdly, they have access to financial backing—not only from tech giants, but also investors including venture capitalists, private equity firms and existing industry incumbents. Fourth, they maintain a balance between a freedom to experiment and focusing on their product. Finally, they are adept at cultivating and leveraging ecosystems.

China’s meteoric rise in AI is one of the best examples of its progress in disruptive innovation. China leads globally in the number of research papers, citations and patents in AI, and is home to about 10% of the world’s AI talent pool. With over a thousand AI companies, China ranks second only to the US. Beijing is home to about 400 of these and has the highest concentration in the world. China is also the global leader in terms of venture funding received by AI startups. China’s tech giants are also focused on developing AI-based offerings through in-house talent, labs and billions spent in R&D.
These efforts are backed by a clear vision to be globally competitive in AI by 2020, make major breakthroughs by 2025, and to achieve world leadership by 2030. The government has lowered entry barriers to the sector and enabled access to the most important AI resource—raw data. Access to a database of 1.6 million faces, for example, has been crucial for facial recognition startups developing products for smart security platforms in public security, border control and financial solutions. Data access at scale has allowed Chinese startups to develop more comprehensive algorithms, backed by powerful hardware available from incountry telecom and computer giants.
As of June 2019, China has over 850 million internet users. As a result, Chinese tech firms can harvest data at scale from online content and browsing, app interactions, digital purchases, sound libraries and other means. Conducive consumer behavior is crucial in China, since people are more likely to trade-off privacy for better app functionality than in other countries. For example, WeChat servers record over 100 million calls a day—a scale that facilitates developing powerful voice recognition.
Startups without their own data pools work around the issue by collaborating with their target industries. Taking health care as an example, leading startups work extensively with doctors and hospitals across the country to collect and process data to train their algorithms. This data has allowed them to develop smart medical imaging, research and clinical decision support platforms— thereby supporting faster, more accurate diagnosis and improved treatment solutions. Another case is startups working on urban traffic management by aggregating micro-level data from video streaming and motor vehicle identification databases. Chinese AI startups have mostly focused on voice and visionbased products and natural language processing capabilities, lagging behind their peers in Europe and the US in areas such as autonomous vehicle development. There is, however, increasing support and effort to nurture these other ecosystems.

Chinese institutions, companies and startups have fueled the increase in the country’s innovation by capitalizing on positive regulatory and economic tailwinds. The domestic market helps sustain high levels of production, allowing Chinese producers to become economically viable before taking on global markets.
Meanwhile, consumer appetite for new products and technology encourages their innovation efforts. This has pushed Chinese firms to use innovative means to distinguish themselves from competitors, satisfy unmet customer needs, address gaps and inefficiencies in existing systems, as well as target new customer segments. Looking ahead, these firms need to build up expertise in management and business model innovations to complement their product and process innovations.

How should Europe and the US react to the transformation of China into an innovation powerhouse? If they want to stay competitive, the West must bolster its commitments to R&D spending as well as create a promising economic climate for collaborative innovation to flourish. Western countries are already adopting the technology and trends coming from Chinese startups. A recent example is Facebook and other social media channels looking to move into a cross-platform mobile payment system to mimic super-apps like WeChat in China.
Chinese startups, in comparison, need to inculcate more global thinking. In the past, and even today, most Chinese startups have focused on the domestic market. Given the size of the domestic market, this is understandable. However, to be global leaders, Chinese startups need to start formulating cohesive strategic plans that address international markets. Like Bytedance’s short video streaming app, TikTok, startups need to be nimble when rolling out their solutions globally to capitalize on first-mover advantage. Until then, it is only natural that some Chinese startups will continue to fail. Regardless, the technology and societal shifts engendered by their ideas, as well as their commitment to entrepreneurship, will have enduring effects not just in China, but globally.

Some parts of this article first appeared earlier in MIT Sloan Management Review. 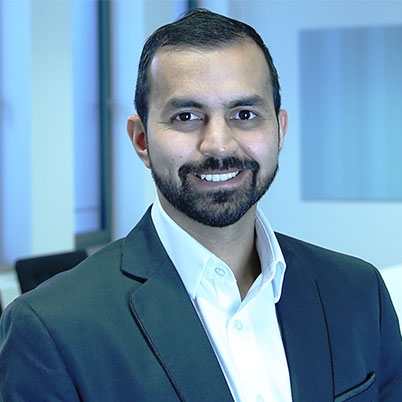