I am very passionate about social justice, and having the opportunity to join OW groups that are looking to promote equality and bring light to different people’s diverse backgrounds has been incredible. 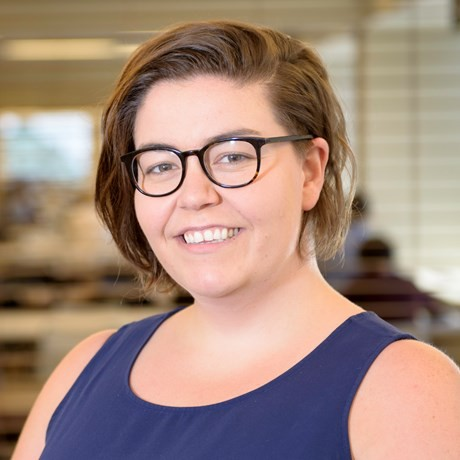 The first thing I noticed about Oliver Wyman was the friendly atmosphere. After my first interview, a staff member showed me around the office and we stopped at the Salon, where she showed me the snack drawer, and we chatted for a while. The friendly atmosphere prompted me to join. Working at OW has changed the way I view myself in a significant way. When you’re working at a global company, it’s important to step out of your own community’s bubble and consider the way some of your coworkers see things, whether they’re across the country, or across the globe. I think being part of OW has helped me become a better global citizen.

One very significant milestone in my career at OW was when I hosted my first WOW Breakfast Chat. It was much larger than our typical breakfast chats (due to it taking place during National Women’s Month, and we had the women from the Women’s Leadership Series in the office). The planning took a while, and I was very nervous about speaking in front of a large audience (surprisingly I don’t like public speaking!) After walking around to the different break-out groups and listening to the lively conversations spurred by the articles I had chosen, I was finally able to breathe! That was a real milestone in my career, when I hosted an office-wide event and it went well!

My mentor is the head of our Talent Management department. I worked with her for a couple of months when we were both at another consulting firm. Fast forward a couple of years and I was soon sitting right in front of her office, in my own desk at Oliver Wyman. She has helped me throughout my entire career here, listening to me bounce ideas off of her, and always providing me with constructive feedback. She’s given me chances to mold my new role and advice on how to take it a step further.

The greatest piece of advice she’s given me came after a meeting I had scheduled to talk about (read: complain) about a process and how it wasn’t working. After I had explained all my points, she asked me how I would solve it. I was silent and realized I hadn’t even considered this question; I was just looking at the negatives. Going forward, I would make sure that if I thought something could be structured differently (whether it’s a process, system, etc.) I would consider clear and actionable ways that it could be improved. There’s no point in stating the negatives unless you can come up with some positive ways to change that situation.

Another one of my talent management team members has had an especially large impact on my career here. When I joined the team, I reached out to him on a daily basis with a list of questions. He patiently explained processes and shortcuts to me and I would soon be teaching these to the next coordinator. He’s always been interested in my personal growth and has offered some great opportunities to push my role further. He’s ready to listen to my ideas, and has given me some great advice (such as double and triple check your emails before sending them!) He is also a coffee-addict like me, and frequently has a new place we should try.

Lastly, one our inclusion & diversity managers has had a large impact on my career. About a year into my tenure here, I started feeling more comfortable and wanted to get more involved in some of the ERGs and be able to “give back’ to the company that had already given me a lot. I reached out to her, expressing a keen interest in  GLOW. She connected me with some of the NYC co-Leads and made sure to include me whenever she could. I’ve also had the opportunity to have some really great non-work conversations spanning from feminism and racism to Beyoncé (which actually directly correlate, see: “Lemonade”)